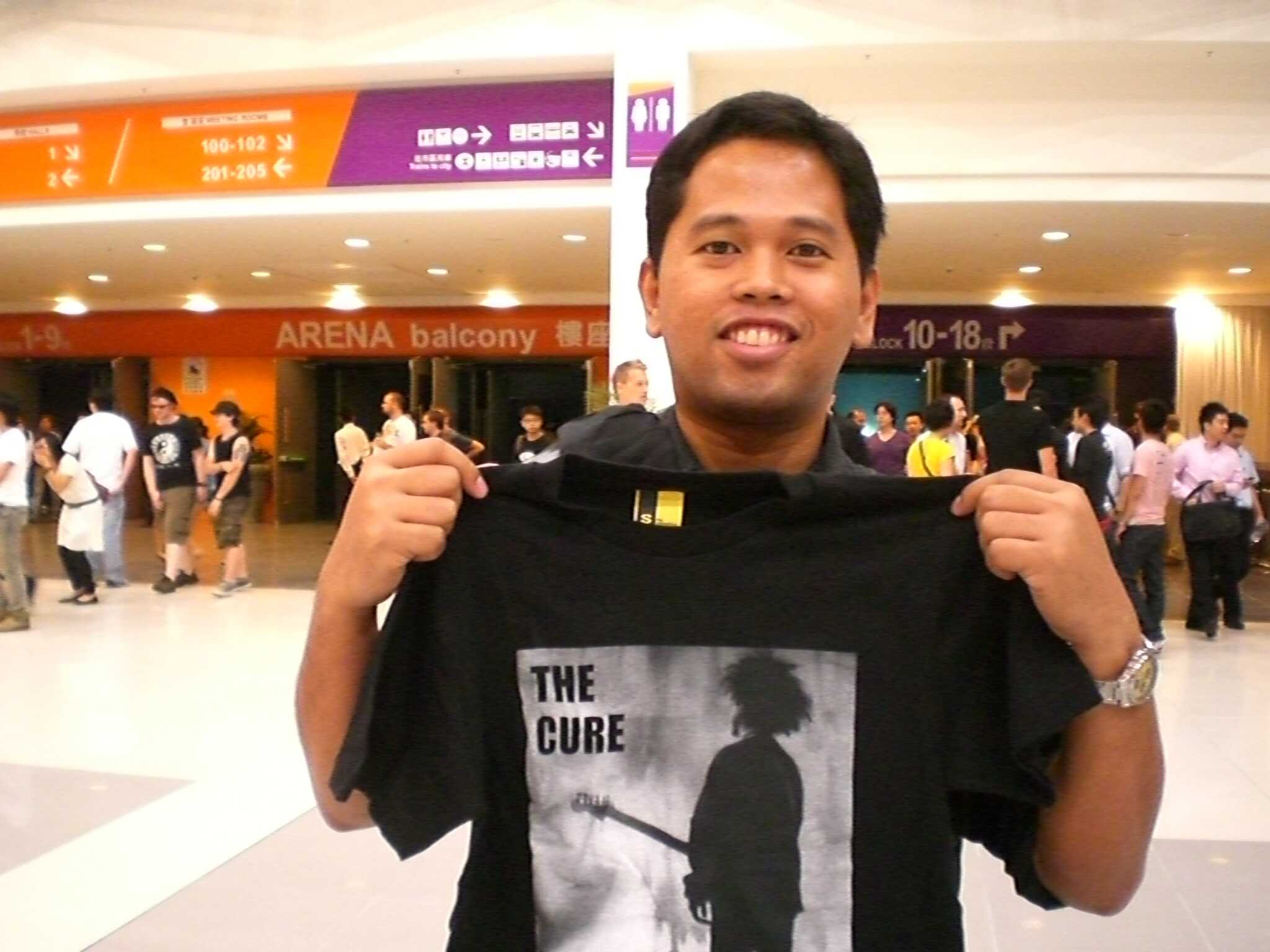 A Night with The Cure

Now that The Cure has been inducted into the 2019 Rock & Roll Hall of Fame, it’s worth remembering the moment I was in one of their concerts, especially since I don’t get the chance to attend that many concerts at all.

I managed to attend The Cure’s concert live last Monday night (July 30, 2007) at AsiaWorld-Expo in Tung Chung with Dei Faustino and Jay Apolinario. It was the first major concert I attended — since Gary Valenciano’s performance during the Hong Kong Harbourfest 2003 — so it is something special. Since Hong Kong doesn’t get a lot of stops from artists of a certain genre, I made an effort to secure this one. 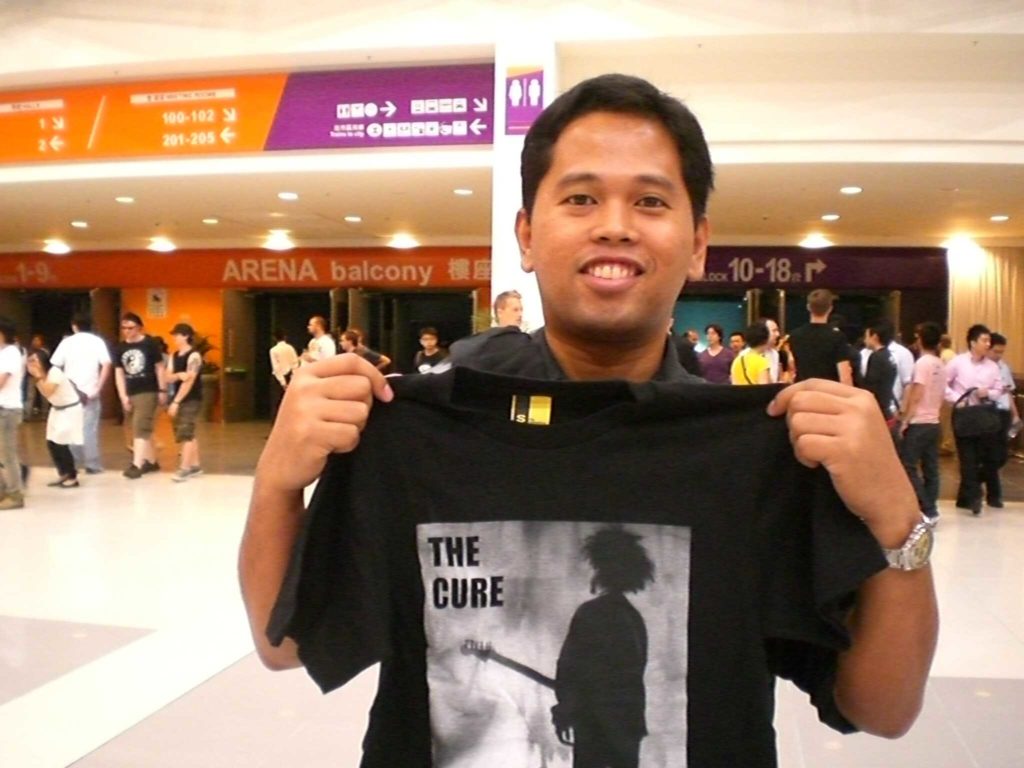 While the entire session was worth every penny, the mood of the crowd wasn’t generally receptive of the effort and product Robert Smith, Simon Gallup, Porl Thompson, and Jason Cooper put onstage.

I managed to secure the cheapest ticket, worth HK$380, thanks to Dei. I guess scalpers could go home empty-handed as tickets have probably never sold out. Our seat offered us a tiny view of the band although Smith’s signature moves. A few meters ahead of us are those paying a little over HK$500 but I doubt if they ever had many advantages to those in the “general admission” section. If those folks paid two hundred bucks more, they’d be joining the standing room-only crowd standing close to the stage and experiencing a different vibe that’s unmistakably more lively compared to us. Folks at our level have to take seats, as though we are watching an orchestra rather than a rock concert.

I won’t bargain for what I don’t deserve but I guess the enormity of the venue deterred the audience from acting on a party mood. The sight of empty seats and covered blocks seemed to temper the crowd from strutting the old moves in an apparent attempt to dance with nostalgia. If only the crowd was allowed to congregate in the middle of the venue, owners of cheaper tickets at the back of those 500s and 700s owners, it would have been a riot. But that would set a bad precedent that encourages people to buy cheaper tickets with the expectation they will be upgraded on a concert day.

A huge television screen placed on the side would be a good idea so visitors from the backseat don’t have to confide in listening to the music. One major reason we went to the venue is that we wanted to see the band. But I guess our entrance fee wasn’t enough to see a non-microscopic view of the band. So many complaints for someone unwilling to pay extra to get premium returns.

I can only wish the atmosphere was like this (though the price would probably be too much for me!)

The bulk of the audience was supposed to be in their late 30s or forties. Their presence could help trigger an outburst of collective energy they last shared as far back in their heydays or as recently as last weekend in Lan Kwai Fong. But it seemed that I didn’t see much of it. Maybe it’s because of the type of venue, attendees are unfamiliar with the band’s songs outside of the mainstream hits, or maybe the aging performers themselves. For a band already inducted into the Rock & Roll Hall of Fame, The Cure deserves a more appreciative crowd.

Is it just me or the sequence of the songs that need to be rearranged to suit the type of audience we have for the night? Lovesong was played during the first hour, and Friday I’m In Love in the second. In between those popular songs are the lesser-known ones from their albums dating back between 1979 (Three Imaginary Boys) to 2000 (The Bloodflowers). For every popular song (“In Between Days”, “Lovesong”, “Friday I’m In Love”, “Close To Me”) are two/three unfamiliar sounding ones although the performance was unquestionably superb. The two encore performances were a fantastic way to end the night.

At one point, Smith calmed down the semi-electric crowd “Please, please, quite a bit”. The reaction was rather abrupt and everyone seemed to stare at the fabulous four on subsequent songs that aren’t too popular or at least ring a bell. In my observation, the audience isn’t inspired enough (see above captioned) to go wild in front of their idols. Neither was the band, with the exception of Gallup, who has consistently delivered an impressive stage bass guitar presence. I have never watched their previous concerts even on television so I guess this is the way they treat the audience. Don’t get me wrong, Smith doesn’t have to dance before the crowd to impress. His stage presence and rendition of “Lovesong” is enough. And he’s already 48 years old ladies and gentlemen.

Nonetheless, this concert is a wonderful experience for me. British colleagues Pete Williams and Adie Hart were there as well as Che Nadela, Benedict Bueno and his wife Maya. Thank you The Cure for coming to Hong Kong and sharing your wonderful songs with us. It was a great 180 minutes listening to your live music!

Last night was not a typical Friday night for me. For the first time...
Read more

Passion is that energy that keeps us going. That relentless drive helps us with...
Read more

Seven years. That's how long Babes and I held the Singles for Family and...
Read more
Personal