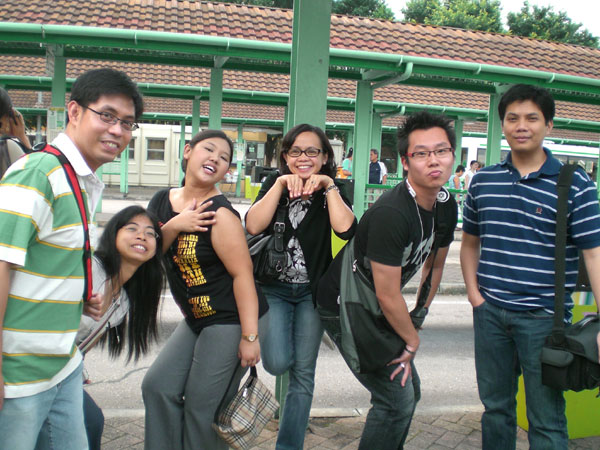 Note: This is a rant I made on a pioneering social media platform that has since been relegated into history. At a time when emojis were not yet invented and competing platforms were still on the drawing boards, Friendster taught us so many lessons.

OK, it’s not about Buhay Hong Kong. Let’s talk about Friendster. (I did talk about it before.)

It seems that many are asking why can’t I add newly found acquaintances here in Friendster. I don’t add everyone who requests; it does not mean that if you have a thousand contacts, you are the friendliest of them all. Neither does someone who has two friends on the list is the one shunned away by everybody.

I have even rejected testimonials not because they were offensive, they were just those animated ones that I thought were going to make my page look dirty. So please don’t take offense to me refusing an offer.

I also delete friends who are either away for so long, posting no photos, using undesirable graphics, or simply failing to keep up with our communication.  My rough estimate is that the saturation point is around 200 contacts, which is still less than the other list I made at my website, many of the friends listed there are not part of the Friendster family. We have many friends but we can’t just enumerate them all.  So my latest count of 361, which includes former officemates, schoolmates, pen-pals, and people I met in Hong Kong, it is still way below the total number.

Here are some informal rules that regulate my account. Don’t take them too seriously:
1. Must have a real profile photo – It’s ok to have bf/gf in the background, not a sci-fi character, or text graphics. Having a celebrity pic shows one’s obsession or insecurity.

2. Must be logged in at least once a week – Constant “more than 3 weeks” does not provide me with relevant updates. That’s what Friendster is for, getting to know more about your friends than looking for new ones. Wait, just logging in does not make sense either. Must do any of the following: post blog,  post photos, post bulletin.

4. Must not be attention-grabber – Exercise the proper use of bulletins, and blogs and not deceive people to get attention. To me, photos are the real attention grabbers. The most despicable ones are people asking for testimonials to sweeten their profile and artificially appear they are goody-goody guys out there who deserve more friends with those Name1, Name2, Name3, and so on profiles.

5. Must produce a clean layout of the profile – The advent of Myspace layouts has disrupted web usability. Music playing even without me turning it on. Contrasting colors. Mouse pointers are bigger than the real mouse (yes, the mammal). Crazy font sizes. Just plain stupid to me.

If it was easy to add (someone messaged me and immediately asked if I
could add her even if I do not know her yet), should it be easier to
dispose of as well?

If you are not paying attention to your friend counts, it does not matter but if your last recall says you had 192 friends and the next time you logged in, it lost one. “Why would someone take time to remove me from his/her list?” What’s even more difficult to figure out is who actually disappeared from the list. (unless Friendster will install a new feature “You were removed as a friend by Anne”).

Was it because of hatred, jealousy, or just a plain “clean up” process? Hard to figure out, right? But don’t get me wrong, let no online activity tear down a friendship just because the other party can’t see your facial expression when typing your thoughts or couldn’t figure out what the smiley ^_^ actually means. And it resulted in misunderstandings, an ailment easily remedied when talking on the phone or in person. Personal touch through traditional means still rules. That is why phone card dealers at Worldwide House still exist even with the proliferation of Skype, Yahoo! Messenger with Voice or Google Talk, and other VOIP technologies.

Again these are sometimes way too straightforward and does not even relate to attitudes closely so don’t take this too seriously. But you are what you produce in Friendster. Be responsible. If you are a teenager with bouts of rebellion with parents and want to be identified as a rocker ala Avril Lavigne fame, so be it.

There should be freedom expressed the right way. Otherwise, let the purging begin.

For the Love of Fitness

I haven't been fit growing up. Not that I am sickly or have a...
Read more

At UIC, we were granted yearly religious retreats. While teachers take a break off from...
Read more

Previous articleRemember Dyna Blaster?
Next articleA Night with The Cure