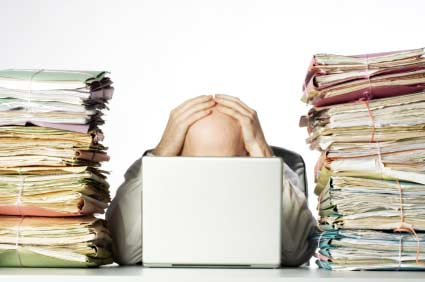 Advantages of Working 40 Hours a Week — And Not Exceeding It

For one moment, if you can grab that job contract you got from your last employer, time at work must have been stated. You need to be punctual at 9 am and working hours should end at 6 pm. However, there’s that tiny provision that holds the key to making you commit to putting in those extra hours of work when the need arises. As a newcomer who does not wish for trouble, or is desperate to get a new job, you may easily take it as just one of the “challenges” at work.

Moving forward six months at this job, you may start feeling there’s something not right. You are among the last to leave, occasionally shutting down the lights and locking the office. When leaving the office before 10 pm isn’t feasible, you order take-out pizza or take a short trip to a nearby fast food before resuming work. The office cleaner and roving security personnel already see you as a symbol of hard work.

But why should we ditch the lifestyle of working in excess of 40 hours every week?

By working 40 hours a week — translated as coming in promptly at 8 and leaving at 5 — means you have plenty of time for things other than work. Play basketball, do an evening run, have a hearty meal, and watch an anticipated movie without leaving the theaters too late.

Working 40 hours and exceeding it makes you less productive.

It was found out that working beyond 40 hours a week got more work done. But this is only within the first few weeks. Afterward, employees exposed to this type of environment soon took a dip in productivity as fatigue, depression, chronic stress, and anxiety. So from working 60 hours a week to not working the following week, tasks have piled up. The vicious cycle continues as the worker who took a medical absence gets overwhelmed by backlogs as she returns to work.

Working 40 hours a week not only keeps one’s sanity intact and maintains high productivity levels. It also opens up opportunities for others to work in the same field without sacrificing human resources (by employing one person to do jobs normally intended for two or three people) in the name of this abused term called cost cutting.

Working 40 hours and exceeding it makes you less healthy.

It has been well-chronicled that spending excessive hours of work can lead to health risks. More time for work means less rest and short hours of sleep which could lead to diabetes due to lack of insulin produced. Stress at work contributes to suppressed immune systems and hypertension. It has been estimated that work-related stress (PDF) affects at least 40 million workers in 15 countries of the European Union, costing 20 billion euros annually.

Work 40 hours because there are things too priceless to give up (by putting in more hours at work).

Time is passing and if you take it for granted, there are dire consequences. The moment your child’s first few words were spoken. The moment your date was anxiously waiting for a 9pm movie appointment. The moment you’re supposed to be with friends at what could be your last party together. Work will always be there tomorrow, but golden opportunities may no longer be there.

When Henry Ford made that bold move to double workers’ salaries and cut shift hours in 1914, it was criticized at first by a manufacturers group. But when the move helped the company experience boom time, competitors were quick to adopt the scheme. One thing it taught was that “if you wanted to keep your workers bright, healthy, productive, safe and efficient over a sustained stretch of time, you kept them to no more than 40 hours a week and eight hours a day,” as Sara Robinson puts it.

It’s funny that a 40-hour work week has become more of a perk rather than a supposed mandatory time to contribute to employers. That is why when CNN published an article praising Facebook’s Sheryl Sandberg for leaving office at 5:30 pm every low-level employee would have said “I wish I was a manager..” or every manager would have said, “I wish my company’s as big as Facebook”. It’s like reading the news about an honest cab driver returning valuables left by a passenger when it should have been a standard procedure (and therefore not newsworthy at all).

So when you’re done with work, leaving the office first shouldn’t be a political issue among colleagues. Nobody should be apologizing for leaving work at a reasonable hour. If anything, workers staying late should be apologizing because they manifest they are less effective — by taking too much work they cannot handle on normal working hours — not to mention extra use of resources like machines and electricity.

This photo was taken on the day I first met Babes. Before our official wedding...
Read more

It was Australia Day when I joined my choirmates on a beach trip. It...
Read more

Love During Time of Coronavirus

We are in an unprecedented time of self-isolation during this period of COVID-19. Governments...
Read more
Career