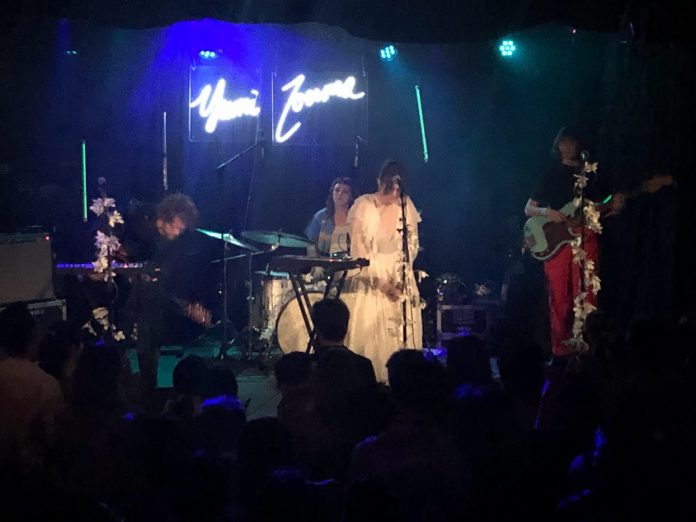 Last night was not a typical Friday night for me. For the first time since I arrived in Sydney, I watched a live concert by Yumi Zouma, a Kiwi alternative pop quartet.

Since discovering their music in late 2019, their songs have been consistent chart toppers in my Spotify playlist in the past two years — Right Track/Wrong Man in 2020 and Cool for a Second in 2021.

The venue, Oxford Art Factory, is located in an underground property in a warehouse layout that’s unassuming yet hosted artists like Dave Grohl and was the venue of Lady Gaga’s first gig in Sydney. It is just a few minutes’ walk from Hyde Park, right at the heart of the city.

I went there alone as my companion had another engagement to attend to. A beeline of eager concertgoers was patiently waiting in line as two security staff checked photo IDs in an effort to stamp out scalping; tickets bear holder names so if you can’t attend, you need to have your ticket renamed to a replacement fan.

Tickets were all for standing-room-only audiences, as is in every OAF gig. I found myself a good spot for people watching above the light and sound controls and took a sneak peek at the band’s set list while the engineers review the sequence of sweeping light colors for each number. There’s that disco vibe that reminds me of my time in Makati on one memorable Friday night way back when.

There’s something unique about live performances, though I haven’t been to many of them: The Cure, Mika, and Janet Jackson all in Hong Kong. I guess it’s in the concert chamber’s acoustic quality, the electric crowd, or perhaps the stage presence of the artist that listeners on audio devices can’t perceive. For artists, concert tours also contribute significantly to how they make money.

As we listeners become inundated with cheap access to virtually any song available — unlike in the past when fans need to buy records or wish for regular airplay of their favorite artists — dedicated fans crave more intimate experiences which can be in the form of social media call outs, personalized Cameo greetings, and yes, concerts like this one I am attending. No wonder music festivals have been drawing huge turnouts before COVID-19 pressed the pause button.

Back in high school, part of our school’s Christmas fundraising campaign was to invite a musician to perform. While we were at the connected St Bernadette and St Agnes classrooms, a man in jeans and a leather jacket with a cowboy hat and a pair of sunnies entered the room. He looked confident, though he was also unsure where he can rest his sartorial accessories. After securing an armchair to place his hat and sunglasses, the man looked glum as though unprepared to entertain these bunch of teenagers.

He introduced himself as Rotciv Aron, a name everyone can easily decipher as the reverse of Victor Nora. He told the story of him figuring into an accident, which cost him his guitar. No wonder he entered our room as though he will dance instead of sing. Grateful to the nuns for lending him the school’s official guitar, Rotciv played a few songs in Tagalog. None of which sounded familiar to me, so he must be playing his own composition.

After one song, he seemed to gain composure after hearing us gleefully applauding him, Rotciv found time to brag about touring with Freddie Aguilar. After that day, nobody seemed to remember the songs he played; he became a commonly talked about topic during high school reunions. Poor Rotciv, he did not have a Spotify or LiveNation profile in which fans can start tracking his tour dates, check out his merchandise, or preorder his album.

I am retracing back that memory to distinguish how different life is between musicians now and then. I belonged to a generation that used a pencil to rewind a cassette tape and bought blank ones to record songs played on FM stations.

As tonight’s front act Phebe Starr came onstage at 8:30 pm to perform Everything and Rollercoaster Man (2022, Heavy Metal Flower Petal), she’s got talent but she looked nervous before a crowd of less than a hundred. But she helped set the mood of adoring fans. I guess we are all excited to witness Yumi Zouma play live many of their songs for the first time in Australia. 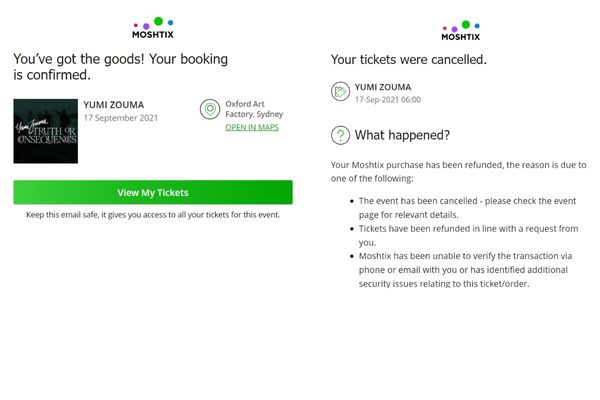 It’s been a year in the making. Last year, YZ was also slated to perform in Australia but as the pandemic restrictions were in full swing, organizers were forced to cancel the event.

“Due to a suspension of the trans-Tasman travel bubble as well as ongoing lockdowns and capacity restrictions, Yumi Zouma’s 2021 tour of Australia and New Zealand has been canceled.”

It was not the first instance a concert I was planning to attend got canceled. Toad the Wet Sprocket, my all-time favorite band, was slated to perform in July 2018 at San Francisco’s Great American Music Hall. However, just a week before the band’s performance, Eventbrite announced the concert was no longer proceeding. To say it was frustrating was an understatement. As a result, with no business to deal with in SFO, my wife and I diverted our itinerary from San Francisco to Seattle at a moment’s notice. 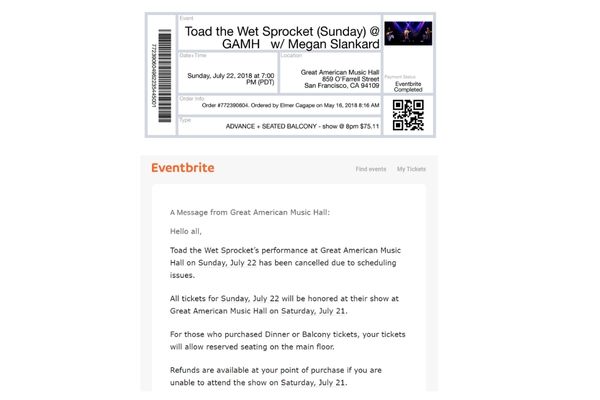 Toad is still touring at the moment, occasionally with Barenaked Ladies and Gin Blossoms, and I still hope to watch them perform live someday.

Yumi Zouma got the party started with Southwark, from their Truth and Consequences album. The crowd below started to sway a bit as the band’s carefully selected setlist was upbeat and fit perfectly with this audience.

My spot was sandwiched between two couples in their late 50s holding beers and dancing to the beat. I wouldn’t want to miss this moment so I occasionally took videos of the band while being carried away by the tune of familiar favorites Powder Blue, Cool For A Second, and more. If only the floor wasn’t sticky with stale beer..

One notable difference in the lineup is that Charlie Ryder did not perform. The session bassist, nevertheless, was excellent in her part. Josh switched to guitar, Charlie’s usual instrument. Olivia was great, and so was Christie. Collectively, the band’s dream pop albums are a must-listen from the first song to the last.

Just in case you are curious, as I was, how did they come up with such a name?

Taken from Reddit’s Ask Me Anything:

When we were starting off, we were all spread out overseas and we had no idea if the project was going to amount to anything. Our thought process was – if it does amount to something, we might not all be able to participate, so we better choose a name that could work for a group of people, or just one person as well. We took the two coolest names we knew, made a gmail account, and emailed our first song to Cascine straight away. That night we signed our first record deal, so we think it worked out well 🙂

I went to the concert alone, but I didn’t feel lonely.

I was back in Davao for six weeks, the first time since the pandemic...
Read more

Seven years. That's how long Babes and I held the Singles for Family and...
Read more

Why Mintal is My Ultimate Home

Today, my folks in the Philippines celebrate the feast of the Immaculate Conception. Not...
Read more
Life Abroad