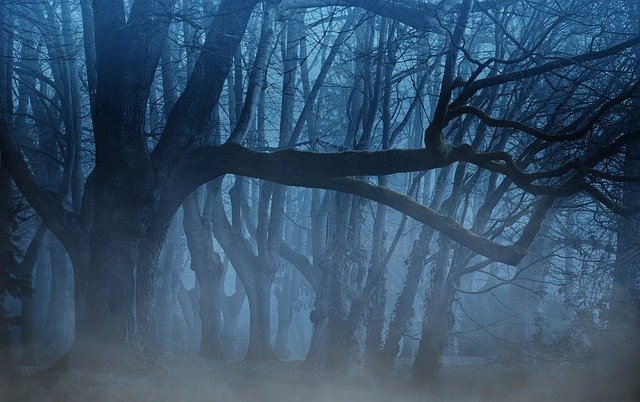 Things I Learned During Time of Coronavirus

We are in the middle of an uncertain future as the world grapples with the impact of coronavirus.

Many people are saying that we’ll see the transition to a new way of living and we’ll see the world pivoting differently from the way we used to see it. So in a way, what we’re used to doing — the human urge to enjoy a communal activity such as watching movies in cinemas or sports events could just be a memory moving forward.

There’s a widely circulating claim that Nostradamus even predicted the occurrence of coronavirus.

“There will be a twin year (2020) from which will arise a queen (corona) who will come from the east (China) and who will spread a plague (virus) in the darkness of night, on a country with 7 hills (Italy) and will transform the twilight of men into dust (death), to destroy and ruin the world. It will be the end of the world economy as you know it.”

The claim, though, was debunked by Stephane Gerson, Professor of French, French Studies, and History at New York University.

Nevertheless, the situation puts us in a greater sense of uncertainty. Mass services are accessible only through YouTube of Facebook, major sports events like the 2020 Olympics have been postponed, office interactions have now been limited through work from home arrangements, and many restaurants are only able to serve take-outs and deliveries. The situation can be likened to a dystopian setting in a movie we never thought would happen in real life.

The experience has taught us lessons and I personally discovered that..

..feng shui experts can get it really wrong

A South China Morning Post article published right around Chinese New Year made bold predictions of what to expect for the year. It included fearless projections saying that the luckiest days were March 5 and April 27.

“The [Hang Seng Index] will see good returns in the Year of the Rat, so on that basis, it will be a good year for Hong Kong,” said Thomas Li, another analyst who helped compile the index. “All Earth-related industries, including the property, mining, and natural resources sectors, will do well because of the harmony between the Earth and metal elements.”

It also predicted the unluckiest days as of September 1 and October 21.

..little sacrifice we do not only saves our lives but also of others

Many of us insist on not taking our sick leaves because we are swamped with work and it might appear that we are weak and less efficient. I am also guilty of this, thinking that my integrity is more important than my health. I thought I can sacrifice my well-being in the name of meeting deadlines and delivering my promises.

But in this era where suspected virus carriers don’t manifest symptoms and those who recovered can get infected again, such action will be treated more as being irresponsible more than being diligent. Admittedly, it’s hard to get sick at this time, as a common perception is that one might get infected with the dreaded disease that has found no vaccine at the moment. But the act of self-preservation also extends beyond care for self; we become responsible members of society when we put a higher importance on our health.

It is sad to see that signs such as “your health is not as important as my freedom” in the land of the free. Not everyone agrees that this one step backward eventually leads to two steps forward.

..internet based jobs are a bit more insulated

The idea of work from home and job flexibility was made popular because of the presence of the Internet. Many of us get the job done without going to the office. It’s a flexible option in case you got other errands to do at home (wait for a plumber to fix the clogged pipes or receiving online grocery delivery). But in this case, working from home came as a result when congregating as a group of colleagues at the office becomes a health risk. For us who can easily retreat to our homes, fix our laptops on a dining table, and connect to the office network using our home wi-fi facility, it’s a sigh of relief that work continues even in our absence at the office

We understand some jobs can’t be done this way — nurses, pilots or butchers can’t do their jobs from the comforts of home. Thus, there are jobs that have been stood down not because the business is doing bad, but because carrying them out puts other people at risk.

This is also a big factor for governments that a robust internet-based economy will have a better chance of withstanding the impact of the virus. As more people become purposely isolated, setting up the Internet as an enabler of businesses, and empower everyone to be part of it. We should better understand that the Internet is a fundamental right of a modern human being. The crisis has been a catalyst for innovation and was proven in the last recession of 2007-2009. During that time, companies like Uber, Dropbox, and Airbnb were established.

Stories about people expending energy to hoard toilet paper, competing with other customers for the last pieces of face mask, or hand wash off the shelf have appeared in front pages instead of the odd news section during the current health crisis. As prices skyrocketed, people with hefty financial clout can afford to stock stuff on their own with little or no regard for others who also need those necessities. Thankfully, groceries have responded sensibly and imposed restrictions on the volume of purchases. Otherwise, stocks will run out and money will be useless if commodities run out.

For those who hoarded an excessive amount of goods, there might be a sense of security in the beginning but might later feel guilt and unfulfilled goals as others are deprived.

Time is another commodity that’s even more impossible to buy. Before, we are tied on our list of priorities. But on many occasions we let time slip by without getting those priorities done.

It has been widely predicted that the world was on the verge of another deadly pandemic, which history is a reliable reference. Both the Black Death of 1346 and the Spanish Flu of 1918 have killed millions, and closer to our present times, AIDS, Zika, Ebola, and SARS have left their mark as a sign that despite vaccines we developed, pathogens can emerge at any time and wreak havoc in a community or at a larger population. Despite such dire forecast, the world didn’t seem prepared to handle an emerging pandemic maybe because you can’t fight an enemy you can’t see and identify.

Instead, the world has invested so much on militarization and weapons aimed at annihilating a whole country or continent. There might even be more interest and preparation to counteract against alien invasion or catastrophic asteroid encounter than advancing medical technology and not play catch up. The misplaced priorities have led to many countries experience health systems overrun by a number of coronavirus cases. Even those who have flattened the curve and saw steady progress in the number of recoveries couldn’t rule out being infected again.

If we could only use the money to build a time machine to buy us back years of neglect and indifference.

Even though we sometimes say politics can happen at work, I think politicians can only find employment in government service. Many of them are good speakers and present strong self-confidence that they could easily sales talk to an audience. Alas, many of them are only borne out of lip service and have no credible source of knowledge to back up their claims. Politicians likely talk about what people want to hear and not based on what people need to know. Politicians may come up with decisions initially for the good of everyone but often get blindsided by those surrounding them — advisors, lobbyists, and financial backers.

If only there are more scientists who are working in the government and wield great influence in decision making, the world might be a different place than what it is now. Scientists can help improve crop yields, mitigate the effects of global warming, reduce bureaucratic red tape, and align priorities such as healthcare, food production, and employment.

The current setup seems to relegate their role to specialized technical people with little say on how things are done.

.. self-care is as important as ever

In the past, we used to brush aside sore throat, common colds, and other ailments as distractions to our job productivity. The current situation taught us staying home when you’re sick is a small productivity price to pay than infect the whole team and drag overall performance down. Self-care in the past might often be construed as a lame excuse to escape responsibility. But at the moment, even healthy people are presumed sick and behave accordingly.

Mental health has become a widely discussed topic that companies have shown keen interest in looking after the psychological well-being of employees. At this time of crisis, it’s not surprising to express fear and worry about what’s to come. Will I ever get infected with a disease if I interact with people at my workplace? Am I included in the next wave of job cuts? What if I show signs and symptoms as defined by health authorities?

Our minds are quick to make assumptions and could portray a negative picture based on our fears.

Who will take care of my family when I get sick? Where do I get money fo my rent if I lose my job?

In my case, it’s not just these things. I am also worried about my wife who is in the Philippines and currently being tested for Covid-19 as I write this piece. Not only that, but she is also being treated by her kidney disease. For me to be far away from her and helpless as I watch her on a video call with a swollen face and neck wrapped in bandage is a heartbreaker. I live alone and isolated from people I used to regularly interact with due to government health guidelines. All the time, my mind wanders across space thinking of the “what if” scenarios. It’s a terrible feeling but I have to do what I can, knowing that there are people around me who care.

I am struggling but I am finding ways to get by. I’ve sought friends nearby to share a meal with me but the current situation made it difficult to arrange. Thankfully, someone responded. I have been into morning runs and explored the art of cooking, it helped put my mind at ease a little bit.

So let’s look after each other, and together we’ll ride out this storm full of hope.

7 Lessons I Learned When Hosting A Halloween Party

For the second time in three years, I hosted a Halloween party at home. If...
Read more

Last night was not a typical Friday night for me. For the first time...
Read more
Personal

Previous articleFilm Review: The Parasite
Next article10 Albums That Influenced My Music Choices