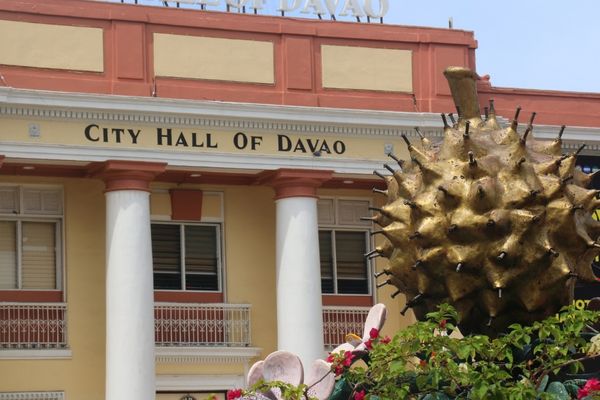 I get the typical stereotype of someone who hails from Davao City.

“Taga Davao ka pala, Duterte ka ‘no?”, quipped one friend here in Down Under during the 2022 election period. It’s not the first time I get such a comment so it was easy to play indifferent.

But also, I occasionally get asked about the dialect where I come from.

As a melting pot of multiple cultures, Davao’s identity is somewhat a fusion of different backgrounds. I belong to a third-generation of Boholano immigrants who migrated to Davao in search of a better life.

When it comes to the mother tongue, Cebuano is the dominant dialect. Yet, Davao’s melting pot identity reveals certain characteristics. We are also taught Filipino as a subject in school, so we are quite confident to strike a conversation with our brethren from the North.

Interestingly, it’s not what we speak is the question, it’s how we speak it.

And there’s that peculiar characteristic of the Dabawenyo dialect that I was fond of sharing with friends in Hong Kong and Sydney: Davao Tagalog.

Make no mistake, the first impression newcomers perceive is that our dialect is just the same as Cebuano. It’s the dominant local parlance that folks on the whole island of Mindanao can speak with ease. But there are certain subtleties that sound humorous at least to us who can distinguish its difference from others. This is noteworthy in how we speak Tagalog, as our version becomes aptly termed Davao Tagalog. The name itself is a misnomer as it’s often sprinkled with English terms too.

Davao Tagalog makes use of language structure revisions that bastardize the Tagalog grammar rules, plus extra hooks for emphasis. If there’s a local version of Manilenyos’ “conyo” speak, this might be it. And for good measure, my Ma’am Carongay and other Filipino subject teachers could sigh a collective cringe every time they hear the metamorphosis of how the lessons they taught us have evolved.

It can also be used to affirm a statement by simply responding, “gani” (I agree).

BITAW: Similar to “gani” as a statement of affirmation
“Bitaw no, supladahon talaga yan siya.”

What’s more baffling is that many of these words are also found in Tagalog vocabulary. For example, if I affirm someone’s statement, I would say “bitaw”.

But this term does not mean letting go, which is its equivalent in Tagalog. Nor how it’s spoken similarly. The literal translation would make Manilenyos’ head spin in confusion.

Writing this piece reminded me that Davao Tagalog isn’t the only “peculiar” language out there. The global lingua franca though we often give it a pass.

Although the Jejemon fad came and went, Davao Tagalog is here to stay or at least tries to reinvent itself with each passing time.

My First Foray Into Video Editing

The Couples for Christ - Foundation for Family and Life celebrated its 25th anniversary...
Read more

The newly installed Microprocessor and Digital Lab (MDL) at the 2nd floor of UIC...
Read more

My Journey as a Choir Member