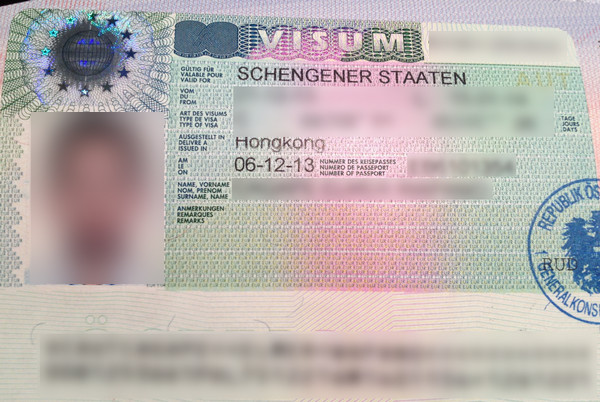 Consulates to Go, Avoid for Schengen Visa in Hong Kong

Innsbruck, Austria – I am fond of traveling and one of my most favorite places to go in Europe.

But since I carry a Philippine passport, I don’t have visa-free access to most of Europe. Azerbaijan and Georgia in Eastern Europe and Kosovo in the former republic of Yugoslavia are the exception but getting to these places most likely require transit from countries that require a visa, and that there’s no direct flight from Hong Kong that I know of.

In short, going to Europe requires a visa. The most popular option is to get a Schengen visa since it provides hassle-free access to multiple countries. Most of these countries have a consular presence in Hong Kong, so applying for a relevant tourist visa doesn’t require me to move out of the city.

My first visit to Europe was in 2006, when a Vienna-based friend Girlie Presto, assisted me. Naturally, Austria became the primary entry point of my visits to Europe. At the time, requirements were more stringent since I didn’t have a hotel booking and stayed at my friend’s apartment. But it was approved anyway, and my second visit to Europe the following year also used the same route to apply for visa, with similar results.

My third visit to Europe in 2010 marked my first as a married man. This time, we applied for a Schengen visa at the Spanish consulate in Wan Chai. It was also the first time I booked hotel accommodation to support my application. I guess with the Philippines’s link in history with Spain, our visa fee of 60 euros (HK$635) was waived.

Our fourth visit to Central Europe (Austria, Czech Republic, Hungary, and Slovakia) used Munich as a gateway from Hong Kong, via Beijing. However, it was only until that time I was aware that you need to apply for a visa on the country you’ll spend the longest, and if such cannot be determined, an application must be lodged at the state of first entry. I applied for a visa in Germany, where an officer told me they wouldn’t grant me the visa since we will hardly stay in Germany  (we stayed only for four hours max, at Munich and Berlin’s Tegel Airport). So I changed my itinerary to spend time the most in Prague. Therefore, I had to go to the Czech Republic’s consulate to apply for our Schengen visa.

This year, my fifth in Europe, we decided to embark on a ten-day, six-city journey which starts in Frankfurt and ends in Rome. The original plan was to stay in Germany for four days and divide the rest of our travel among Zurich, Milan, Florence, and Rome. But for the second time in as many years, Germany’s visa staff seemed to make it hard for me to apply for a Schengen visa. Even if I had confirmed hotel booking at Agoda, the woman at the front desk told me she could not accept a booking from a third-party website. She instead demanded an official letter from the hotel, something that I can do but won’t guarantee response given the limited amount of time left. I thought bookings from hotel aggregator sites like booking.com, agoda.com, or expedia.com are good enough. Apparently, in this case, it’s not.

I had no other choice but to change the itinerary and studied the European map for hours, considering the train fare, hotel costs, and time allocation before I decided to pay Austria another visit. This time, Salzburg and Innsbruck will be part of the route, and I subsequently dropped Frankfurt and Stuttgart along the way. After six years, I returned to the Austrian consulate in Central and met Mr. Wong, the visa officer who handled my application in 2006 and 2007. As with experience, my Schengen visa application at the Austrian consulate was approved for the third time.

So in my five Schengen visa applications in Hong Kong, as a Philippine passport holder, it appears that Spain (visa fee waived) is the best place to apply. This is followed closely by Austria, thanks to the very accommodating consular staff like Mr. Wong and the Czech Republic whose female staff was also accommodating, and the only disadvantage is that it receives application only on Tuesdays and Thursdays. Thank you, Austria, Spain, and the Czech Republic consulates, for helping me fulfill my dream to travel to Europe.

Germany, on the other hand, seems to be the consulate I’d like to avoid due to a couple of failed attempts. It would have been acceptable if I didn’t present enough documentation. Still, the staff offered somewhat arbitrary and unreasonable demands.

George Booke and the Power of AM Radio

Growing up, I was fond of listening to the radio that is part of...
Read more

I wonder how difficult is it to ask a company to innovate and change...
Read more

Right after my graduation at UIC, I was in a hurry to get a...
Read more
Travel