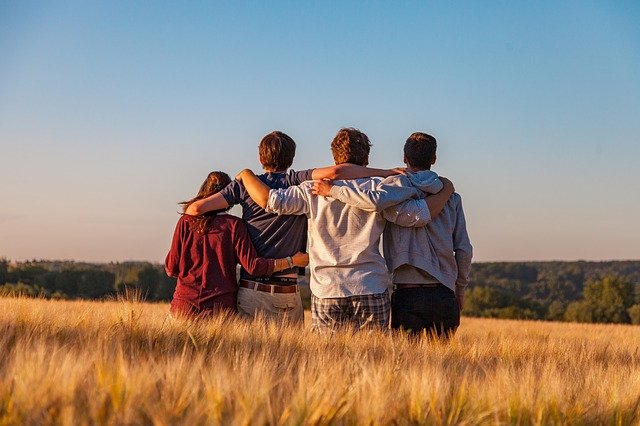 I Have Good and Bad News: Which One Would You Like to Hear First?

Life often presents countless situations that package excellent and bad news at the same time. Such a double-edged sword is constantly introduced to us by friends or family in a familiar phrase: “I have good and bad news; which one would you like to hear first?”

One day, you may discover you won a minor prize in the lottery when you found you were made redundant in your job. Or you finally received a clean bill of health while finding out that your insurance doesn’t cover medical costs during your medical ordeal.

Each topic carries a substantial weight that it deserves a narrative of its own.

So, when you get asked the question above, what is your preferred story to hear first — good news or bad news?

You might prefer to hear the bad news partly because you’d instead get over it soon. And once you hear the good word, you’ll end the conversation on a high note, hopefully, uplifting enough to offset the negative news delivered to you. Or the other way around: you’d rather listen to the good news to provide enough positivity and carry that emotional shock absorber to prepare you for the bad news.

Under the assumption that this is a pretty standard experience, a study conducted to explore this behaviour—a paper released in the March 2014 issue of Personality and Social Psychology Bulletin. Authored by Angela Legg and Kate Sweeny of the University of California Riverside, the study involved participants who filled out a personality inventory and were divided into two groups. One group will receive feedback on both good and bad news. Another group will deliver the feedback.

The majority of the first group (78%) favoured receiving the bad news first, followed by the good news. They felt it was better to get the bad news out of the way first and ended on a positive note with the excitement and anticipation of hearing the good news.

But the second group composed of messengers of the news were split mainly due to perspectives. Those who imagined being the recipient of the report would prefer to share the bad news first. Those who decided based on their feelings wanted to share the positive information first because they felt it was easier to communicate this type of news first.

So far, there’s no right or wrong choice; but which order is better for us?

A third study was conducted to uncover the answer. The findings suggested that the answer to this question depends on whether you are focused on your mood or changing your behavior.

The study involved participants filling out an unscientific personality inventory with bogus results consisting of positive traits such as manifesting high levels of creativity or negative traits such as poor leadership qualities. A portion of participants received positive feedback first, followed by negative ones, while others had the reverse order. After getting the feedback, participants rated how committed they were to learn to change the negative aspects of their personality. They were also given an option to watch self-help videos to improve the negative aspects of their character.

This observation meant that if we want more motivation (e.g., set an appointment with the doctor, spending more time in the gym to stay in the tea or hiring a personal tutor to pass the assessment), receiving the bad news after the good news is likely to drive action. That’s because the last thing you hear will likely affect your mood.

But what if there’s no good news to share?

This situation is quite common among patients who receive dreaded prognosis from their doctors.

According to Thomas J. Smith, director of palliative medicine at the Johns Hopkins Institutions in Baltimore, many physicians prefer not to give out the bad news until it is obvious. With that “bad news” theme, there needs to be more than just one conversation, along the lines of ‘it’s incurable but treatable.’ There is no need to sugarcoat bad news. After all, people say they want truthful and honest information. And professionals involved in palliative care are trained on handling patients by managing pain and other distressing symptoms while also offering psychological, social and spiritual support for both patients and their family/carers.

Sometimes even when the news is distressing, miracles do happen.

Smith met with a survivor group at the National Institutes of Health, where a woman shared her story.

“My doctor told me I had eight months to live. He did say, ‘Some do better, some worse.’ So I took that to heart and told the kids and prepared them, and my husband and I went and picked out our burial plots. I thought at the time it would all be grim, but it turned out to be really important planning.

“That was three years ago,” she added.

On my 27th birthday, I received an unusual gift from my former boss, Colin...
Read more

Home is where the heart is. Home sweet home. There is no place like...
Read more
PeopleFeatured