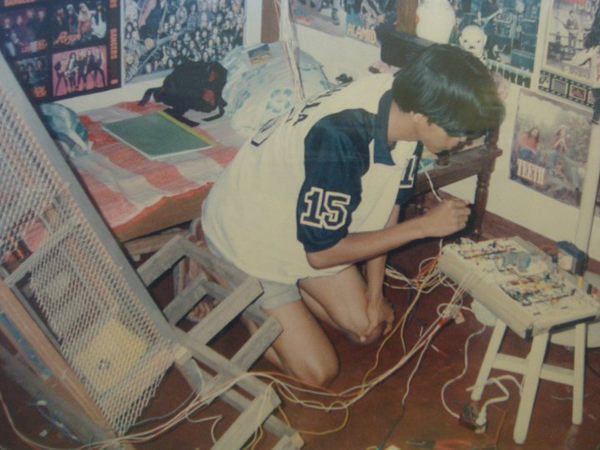 The Computer Engineering course is a hefty educational investment.

First, as a five-year degree course, there are at least ten semesters to pursue the route. (Not that it’s the longest of degrees to seek out there.) Sometimes it is longer. If things go wrong such as financial constraints, failure to cope up with subjects, and flunking due to lack of focus on studies, there is a risk that initial investment will yield zero results. (Hint: parents whose failed Engineering ambitions pass the baton on their kids to make dreams happen.)

As a cutting edge program (for such reason the course got massive following in the mid ’90s), Computer Engineering does the unconventional way of proving one’s worth. Although projects are only shared in almost all disciplines, Computer Engineering students are driven by their innovative thinking and that technology unfounded yet are their masterpieces. When the first few “techno projects” were unveiled midway through the course and after half of the initial roster of enrollees have drifted away, enthusiasm suddenly emerged. Whether it’s our first foray of dealing with complicated circuits or fantasizing over our childhood chores of assembling our Lego blocks, the interest was there.

The multi-tester project has always been the baptism of fire for the group. Its introduction somewhat changed a student’s lifestyle. More often than not, project-making is dragged up to the last hour before the deadline due to poor time management. And the consequences can be costly.

And while time is gold, time management is vital in managing such projects. Lack of self-confidence translates to group project making. Perhaps Psyche Martirizar, Erwin Alfevin Dino, or Jose Punongbayan can “host” tonight’s session. In doing so, those who do not have the tools (breadboard, connecting wires, power supply, typewriters, or dot-matrix printers can take advantage of such an opportunity).

This close collaboration sometimes leads to developing romantic relationships that other classmates may not seem to notice at first.

Even after the documentation has been submitted and the grades are released, the couple is still seen together. At this time, our raging hormones continue to manifest through a consistently present topic: the opposite sex: the Susan-Jopris romance, Marlon-Jonilie courtship, and seemingly random names of girls associated with Vincent and Lawrence. Over a bottle of beer, one’s failed love affair will dominate the story, as though he is the main actor of a soap opera. But in general, it was pure fun, for we are in our teens, and such topics will never bore us.

But not all collaborations last long, whether a romantic partnership or not. On a February night, when Jonathan Ambong, Ronald Celestial, and Ronald Andulana has decided to work the power supply project of Engr Abad’s Electronics 1 subject at a kababayan’s place, all circuitry seemed to work well.

By midnight, typically early by overnight’s standard, auto shut off features worked. It was a sign of a milestone that calls for a celebration. A bottle of two of the intoxicating Red Horse beer at Malativas, a stone’s throw away, seemed a perfect way to ease our stress. But Jonathan’s beer was digested in his brain and influenced his way of thinking. Influenced by James Hetfield or Phil Anselmo’s videos shown at the overhead TV set, this pal wailed “f*** you everybody” as the group started to move out of bar premises. A few students from the nearby University of Mindanao felt provoked and instantly surrounded the group, engaging us into a one-sided fist-fight. When the dust settled, Jonathan was left sitting in the pavement with a bruised eye, lost his left Tretorns shoe, and a ton of pride from the brawl.

The group quickly disbanded but somehow managed to reunite at times.

Other groups don’t seem to bode well. After some differences in philosophy (whether in life or logic), group members leave and prefer to work on their own. Worse, renegade (or whatever you call them) members don’t talk anymore with team leaders.

Seeing other then-freshmen friends have graduated in their respective four-year courses, it was time for the final test. About 60% of those who enrolled in our freshmen year pursued other courses, got married, or maybe dropped out of school. But the ones who remain do not necessarily mean intellectually-gifted, at least there’s perseverance. Whether it was translated positively (thinking hard to learn Assembly Language lessons) or negatively (trying hard to copy Assembly Language assignments), it depends on who you are referring to.

With recently-graduated predecessors becoming instructors, it was a walk in the park trying to win their nod on each group’s proposal and rationale.

Overhead:
“Ah! approve man gain to ni Moso ug ni Casquejo, siya pa ba?” But sometimes, it just does not go it is way. Raul once had a disgusted look, sitting on the tiled floors across the former Annex Library, which now hosts the Audio-Visual Room. “Wa ko kasabot ngano dili daw pwede ning among project, “referring to his instructor’s remarks on checking their project. Other members Rizza Rizada, Liezl Bravo, and Jumar Donque, sat silent, staring at the ground. With such experiences, many groups have shunned away from their previous projects and chose the more scientifically accepted laws of Physics. Two groups readily adopted it. Projectile motion simulator became the pet project of Ariel Falcis and company while Dums and his crew selected the more challenging free-falling velocity.

These projects were littered with bad experiences: rejected project proposals, bruised egos, burned fingers, and failed courtships. But some have storylines to tell. One especially inspiring experience was that of the all-female group of Raquel Montecillo, Amerrynor Malilong, Lovella Baco, and Veda Joy Victorio. Often facing adversaries and the common stereotype that women are inferior to men in this field of work, the quartet quietly made a stir when they were among the first who finished their project, without the long overnight sessions. They occupied the corner at the Microprocessor and Digital Lab. While others were busy playing that bomb game and waiting for other group mates to arrive, Veda Joy was about to finish their documentation.

Projects, as tangible yet inanimate as they can be, could even be a reason for shedding tears too. When working for the free-falling acceleration simulator, the team of Butch, Lawrence, and Dums had some troubles. Results do not yield close to the widely accepted velocity. Having checked everything to be working, including transistors, power supplies, and timer sensitivity to calculate results, Dums, who was sleepless for days, just had to cry his frustrations out. Thankfully, it was a sob of motivation rather than a sign of surrender.

Six years later, the black hardbound laminated documentation may have been borrowed at the library a hundred times, or stolen for safekeeping and sold at the black market for a hundred bucks, the memory remains. Whether it was Jonathan’s black eye, Reynante vs. Deozar wrestling match during the exhibit, or Flint and Jose’s dance number at the presentation to the parents, it was in the essence of diligent project making. From the proposed Digital Bulletin Board Marlon envisioned to the remote-controlled security system his group implemented, it was a sign of things to come.

The entire class may have copied ideas from Sleepless, the theme of the previous year’s Engineering showcase when it launched Unleashed. Nevertheless, it came out with its style, inspired by the successes of its predecessors. And even if it comes as an expensive investment and unsure of returns, the experience was worth more than the tuition fees, project costs, and personal allowances combined.

Post Script:
We can only wish our projects were given more life and allowed to flourish if proven to be commercially viable, and not just a requirement to pass the course. If the more prestigious submissions got support from say, Department of Science and Technology, or TESDA and harness the talents of engineering wannabes, we would have more concrete evidence we were once part of that team. Instead, we confine ourselves to memories — like reading this article — that we once proudly built these fantastic projects.

A Night with The Cure

Now that The Cure has been inducted into the 2019 Rock & Roll Hall...
Read more

You might consider me as a minority when it comes to being a movie...
Read more

I wonder how difficult is it to ask a company to innovate and change...
Read more
Education